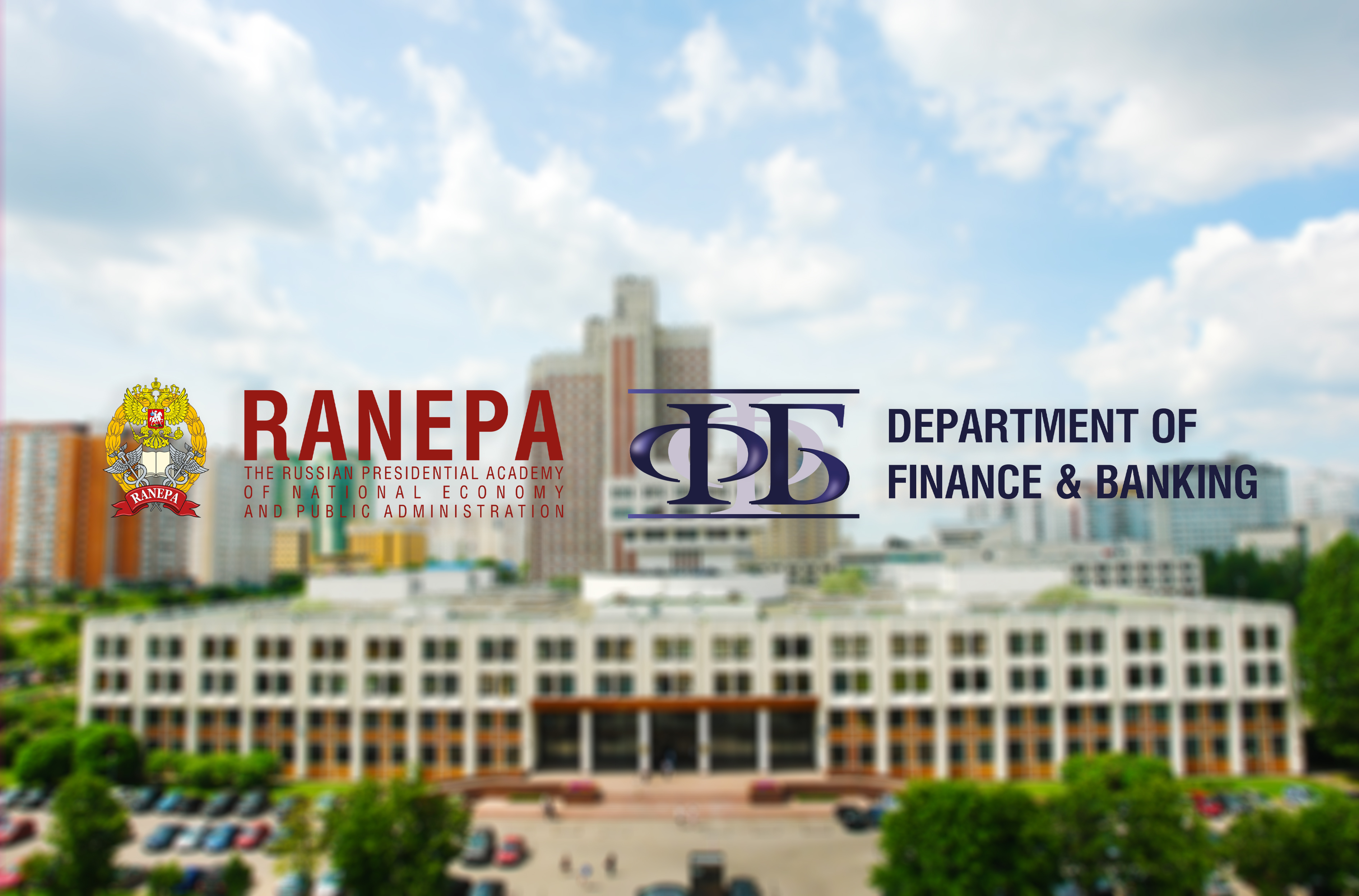 The Department of Finance and Banking (DFB) of the RANEPA celebrates the 20th anniversary in April. Two decades ago, on the basis of the decision of the Academic Council, an order was issued at the Academy of National Economy under the Government of the Russian Federation, signed by the rector (from 1989-2002) Abel Aganbegyan, on the creation of the Department of Finance and Banking on the basis of the Banking Management Center. In 2002, the Department received a new impetus for development, starting a large-scale retraining of management specialists of the Bank of Russia on the initiative of Rector Vladimir Mau.

“We have received international and national recognition of academic and professional associations (CEEMAN, ACCA, CIMA, NASDOBR, ASPROF, etc.), reports on the activities of the Department are periodically published on the website of the international movement Principles for Responsible Management Education (PRME),“

- Seda Nasibyan, Dean of the Department of Finance and Banking, said.

According to the dean, the Department of the Russian Presidential Academy of National Economy and Public Administration has become a permanent platform for open and free discussion of significant national and international business and financial initiatives. Department’s graduates work in high positions in government institutions around the world, in international organizations, in China, USA, UAE, Kazakhstan, Armenia, Austria, Monaco and others.

“Our strategic goal is to become the best center for training competitive specialists who can adequately meet the current and future challenges of the financial sector, ensure the development of companies, create reputational and financial advantages,”

The Department creates and maintains a creative environment for all participants in the educational process, actively stimulates research activities. The main areas of research are the development of the financial market at the national and international level, the digital ruble, proposals for the implementation of financial development initiatives, and many others.

In its international activities, the Department of Finance and Banking follows the principle of internationalization of education according to the programs of two and three diplomas, diplomas and certificates.

Seda Nasibyan also spoke about the priority directions in the development of training programs. According to the dean, this is, firstly, the expansion and deepening of courses on digitalization, machine learning, the ability to work with intelligent systems. Secondly, methodological, organizational, personnel and financial support of training based on distance technologies. And thirdly, training for financial organizations leaders - system leaders who can ensure the business reputation of the business, success and trust.

“In the near future, training based on a project-based approach will become a priority. The dominant principle was and remains the principle of continuous education ",

- added the head of the Department.

Версия для компьютера
To improve the performance of our website, we collect technical impersonal information about you, including through the tools of our partners. You can find a detailed description of how we use your data in our Privacy Policy. For a detailed description of the technologies, please see the Cookie Policy. By clicking on the "Accept & Close" button, you provide your explicit consent to the processing of your data to achieve the above goal. You can withdraw your consent using the method specified in the Privacy Policy.
Accept & Close